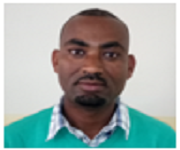 Lived in, Trained and worked with different level expertise and administrators.

Some Research Works and Article Revision Related: PhD dissertation, Principles and Processes for Making and Unmaking of Constituent Unit Boundaries in Ethiopia.

Reviewed on ‘the Old and New Liberalism and Their Links with Accommodating Diversity. Consociational Democracy and Federalism (Their Similarities and Differences) (Electoral System as a Mechanism to Managing Conflict).

Reviewed Article on ‘Nation-building Challenges of the Post-Independence State of Eritrea and Its Regional Domino Effect, Journal for the Study of Peace and Conflict (2012-2013), pages 21 -36”.

Discussed the Constitutional Spaces that the Ethiopian Regional States have in terms of Designing Their Local Government System.

Identified the constitutional objectives underpinning the vertical and horizontal division of nationally raised revenue in the Ethiopian, Nigerian and South African constitutions and examined whether the substantive and procedural criteria for revenue division were likely to lead to the achievement of the desired outcomes.

Worked on “The Impact of Corruption on Socio-Economic and Political Aspects of Oromo Society: The Case of Nekemte Town”, Senior Essay for B.A. Degree Award, Department of Sociology and SocialAnthropology, Addis Ababa University, 2006.

Participated on more than 15 International and National symposiums and seminars (abroad and within the country).